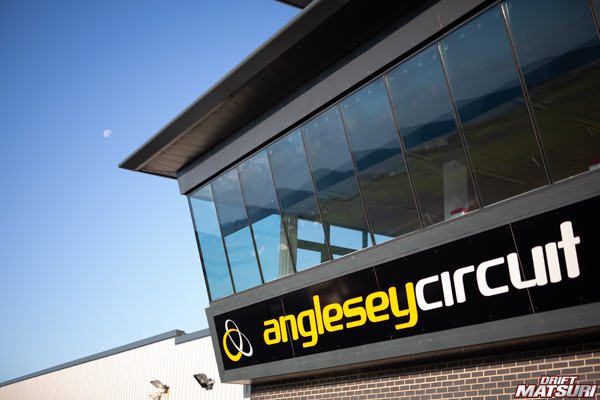 For 6 years, Drift Matsuri has marked the end of the season for many in UK Drifting with a festival weekend at Anglesey Circuit.

More than 150 drivers took part in the on track action with multiple layouts in use throughout the weekend with thousands of spectators lining the track to catch all of the action. The paddock filled up quickly on Friday evening as people headed to the track from all over the country, it wasn’t uncommon to find people that had travelled 7 or more hours to be there. 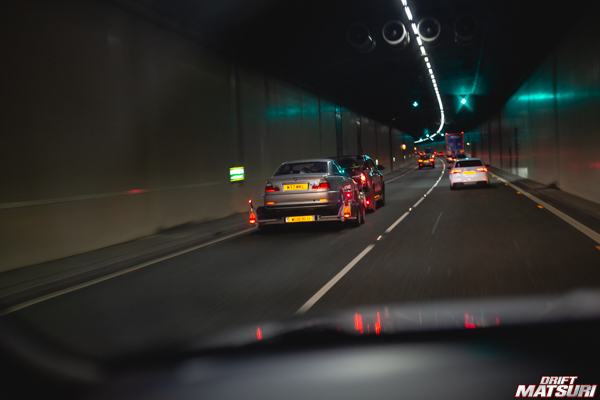 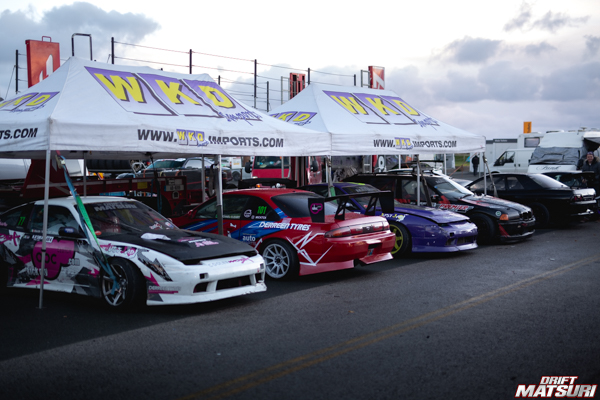 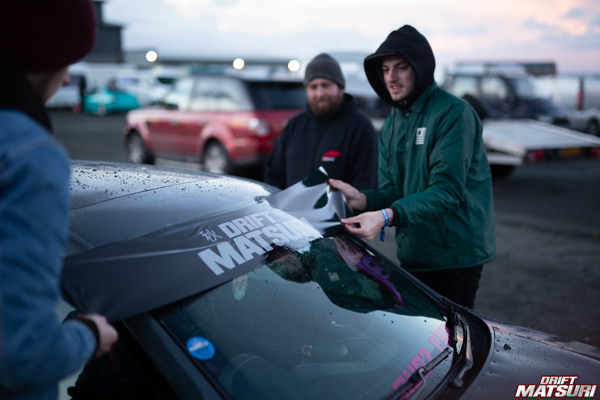 There was something for all levels of drivers, the first of the three tracks was a simple hairpin which was being used to attempt backward entries by the more experienced drivers. 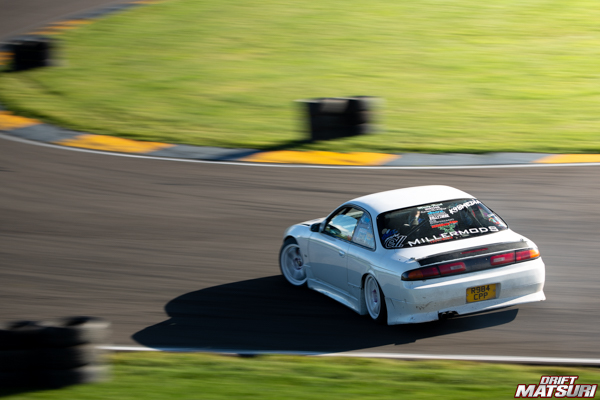 The next track is the touge style run up through the corkscrew before cresting the hill and winding its way back down the other side, a favourite for drivers looking to run in large trains of cars. 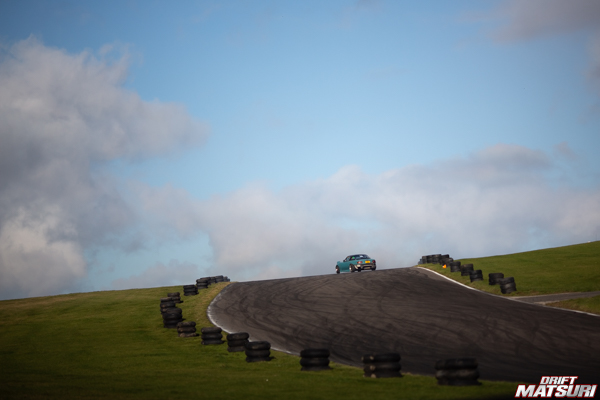 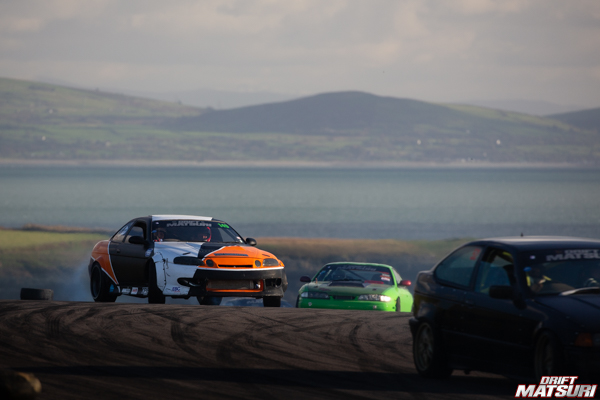 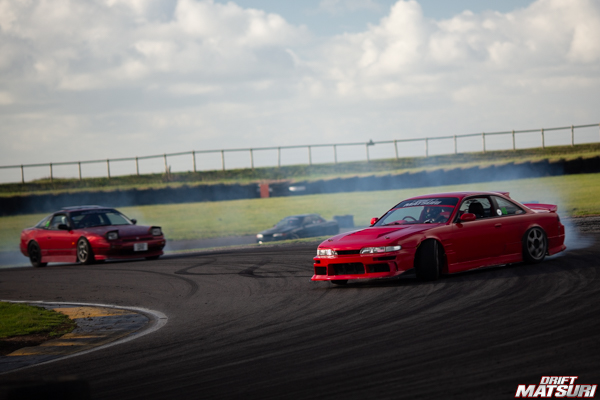 The final track layout is the fastest of them all, many of the BDC drivers were managing fourth gear for much of the track although drivers will less powerful cars were still having plenty of fun on this layout too! 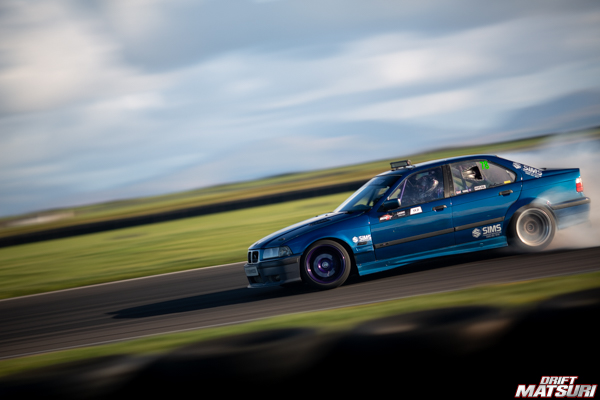 As the tracks opened on Saturday morning the drivers flooded out onto the start lines, all trying to get the most seat time out of the day. The drivers swapped between the tracks whenever they wanted so if there was any downtime on one track everyone ran on one of the other tracks so there was no reason to be sat in long queues for anyone. 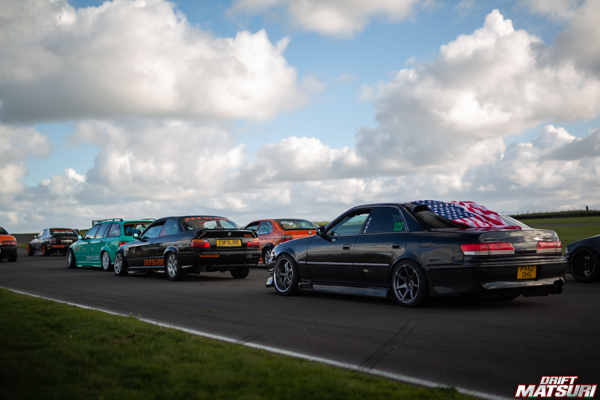 The weekend really brings everyone together one last time before the winter, from BDC drivers to grassroots drivers, which means it’s a great chance for people to drive with more experience drivers and learn from them. 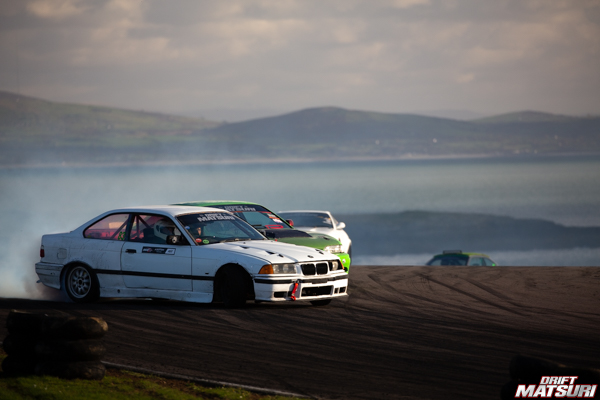 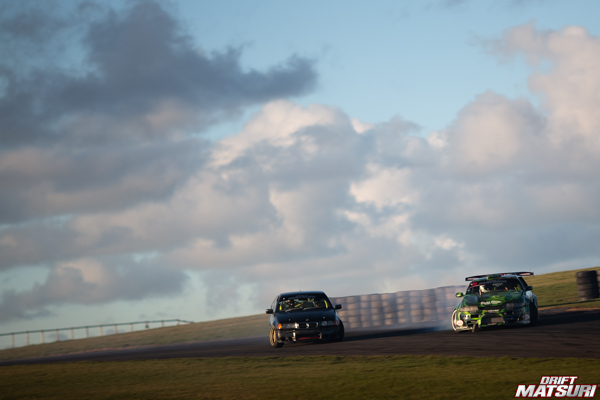 As the sunlight faded the tracks closed to the majority of drivers with around 40 selected drivers lining up ready for the night demos. In the past we have seen battles between the UK and Irish drivers but this year they would all work together to put on a show for the crowds. 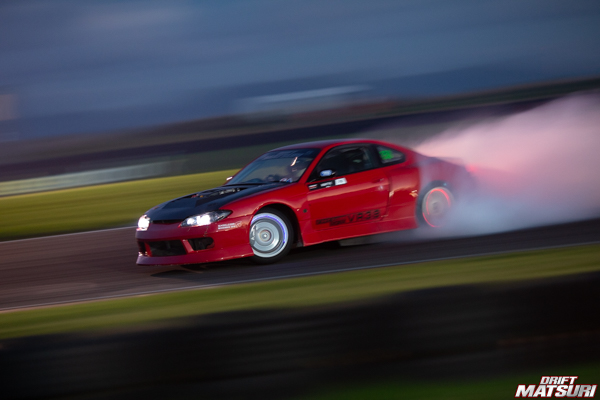 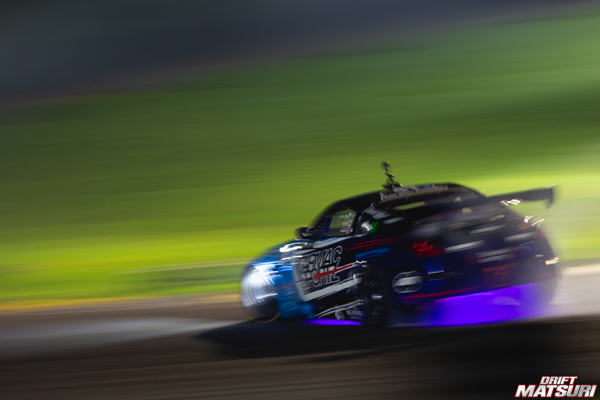 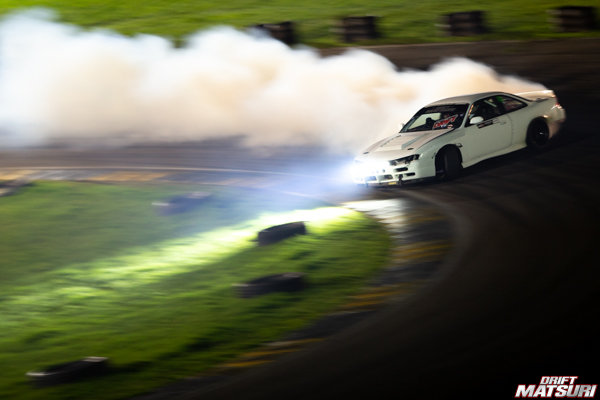 The atmosphere around the track was great with everyone joining the commentators in some banter whenever the odd car had to be recovered off track or tyres put back in place, even the drivers that had spun out were joining in! 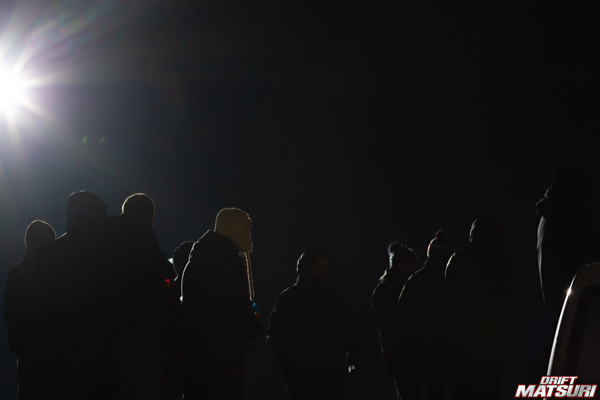 The evenings track action came to a close with a fireworks display and possibly the longest drift train the UK has seen, with all of the drivers that leaving the start line one after another. As they got to the hairpin there were cars everywhere with drivers taking different lines, everyone made it through without any damage so it was now time to party through into the early hours! 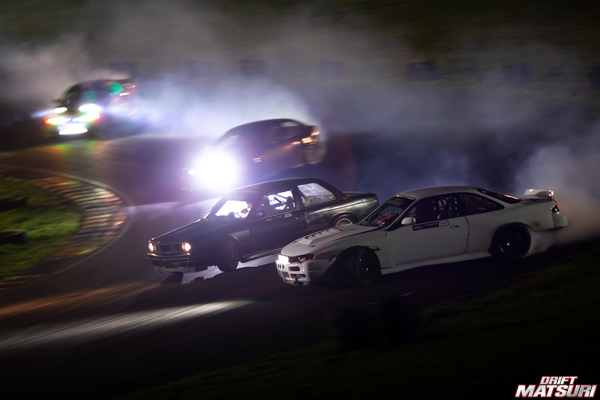 Sunday morning is always quiet in the paddock with everyone recovering from a late night on Saturday, it’s also the ideal time to take a look around at the variation of cars that come to the event. BDC driver Matt Denham’s RX8 sat looking a bit sorry for itself after breaking early on Saturday morning. 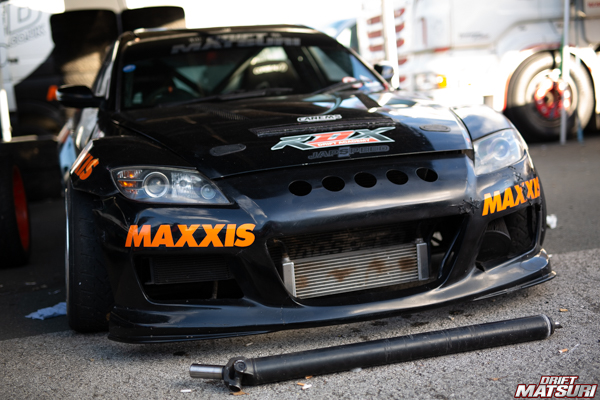 AE86’s always make a popular appearance in large numbers at Drift Matsuri, this year was no different. 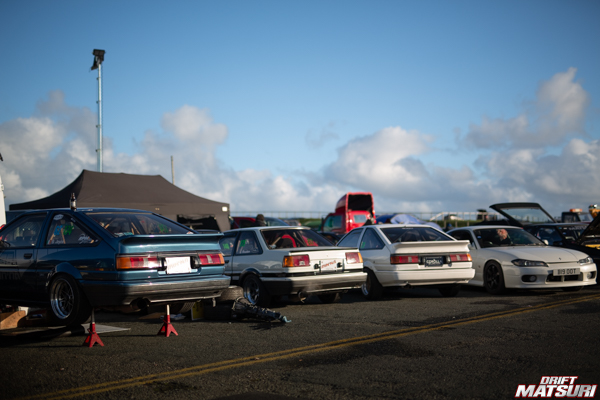 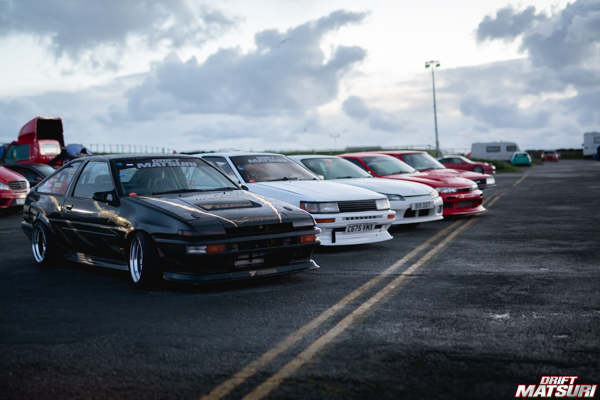 The tracks were opened up for another day of drifting shortly after 9am but that wasn’t the only thing for spectators to do during the days, one of the garages had been turned into a carpeted RC Drift track. 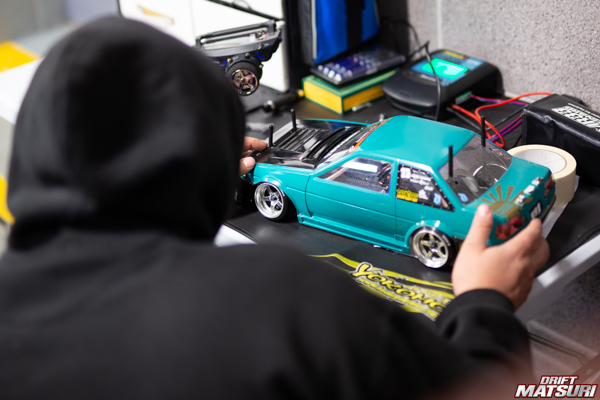 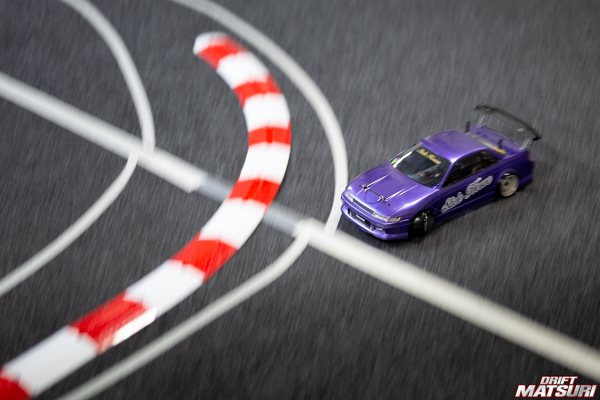 By the end of Sunday the drivers had started to filter out of the track, several cars were needing repairs, others had ran out of tyres but they all left with smiles on their faces! 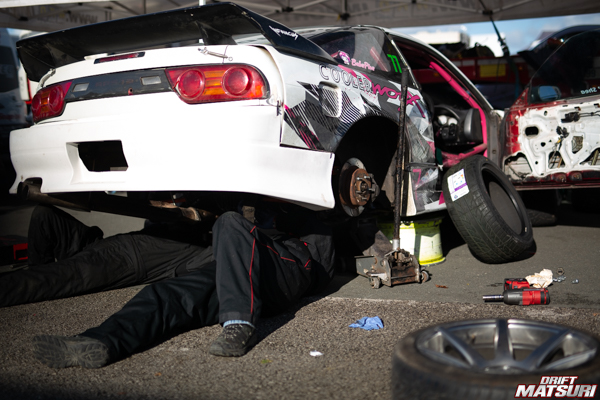 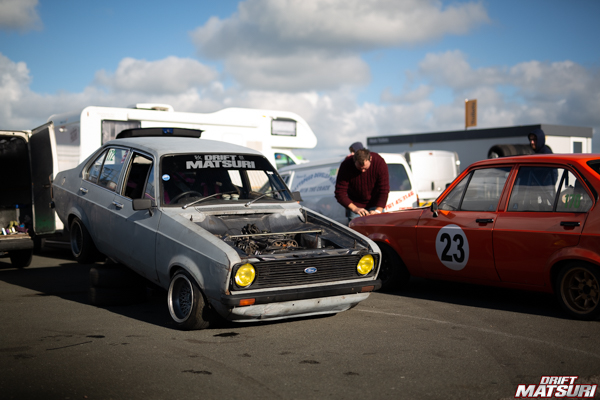 It’s been another memorable Drift Matsuri, bring on the next one! 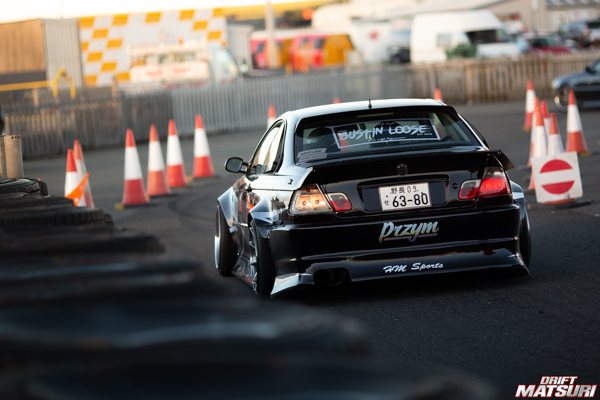 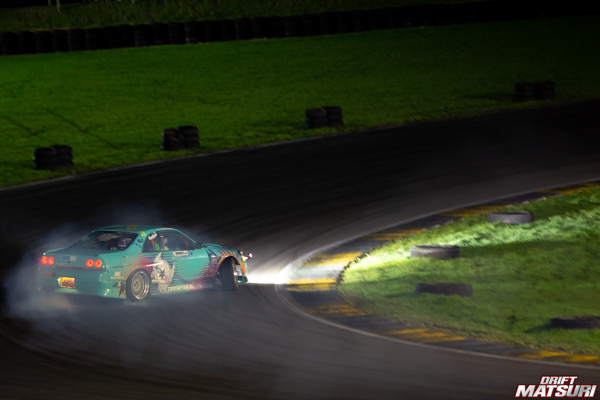 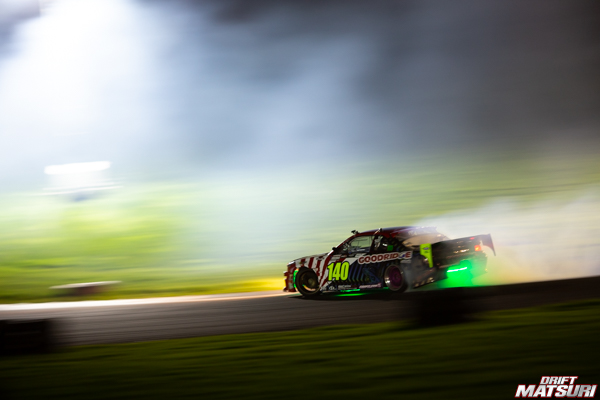 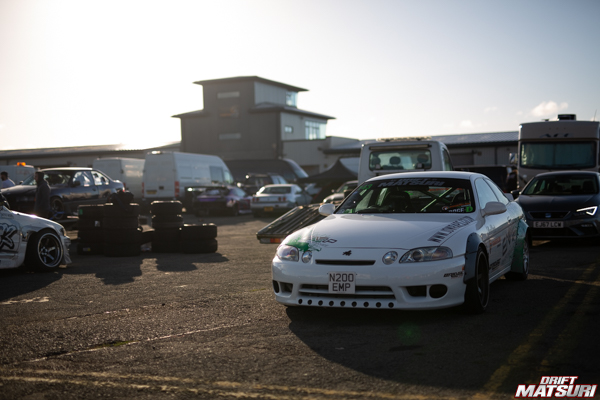