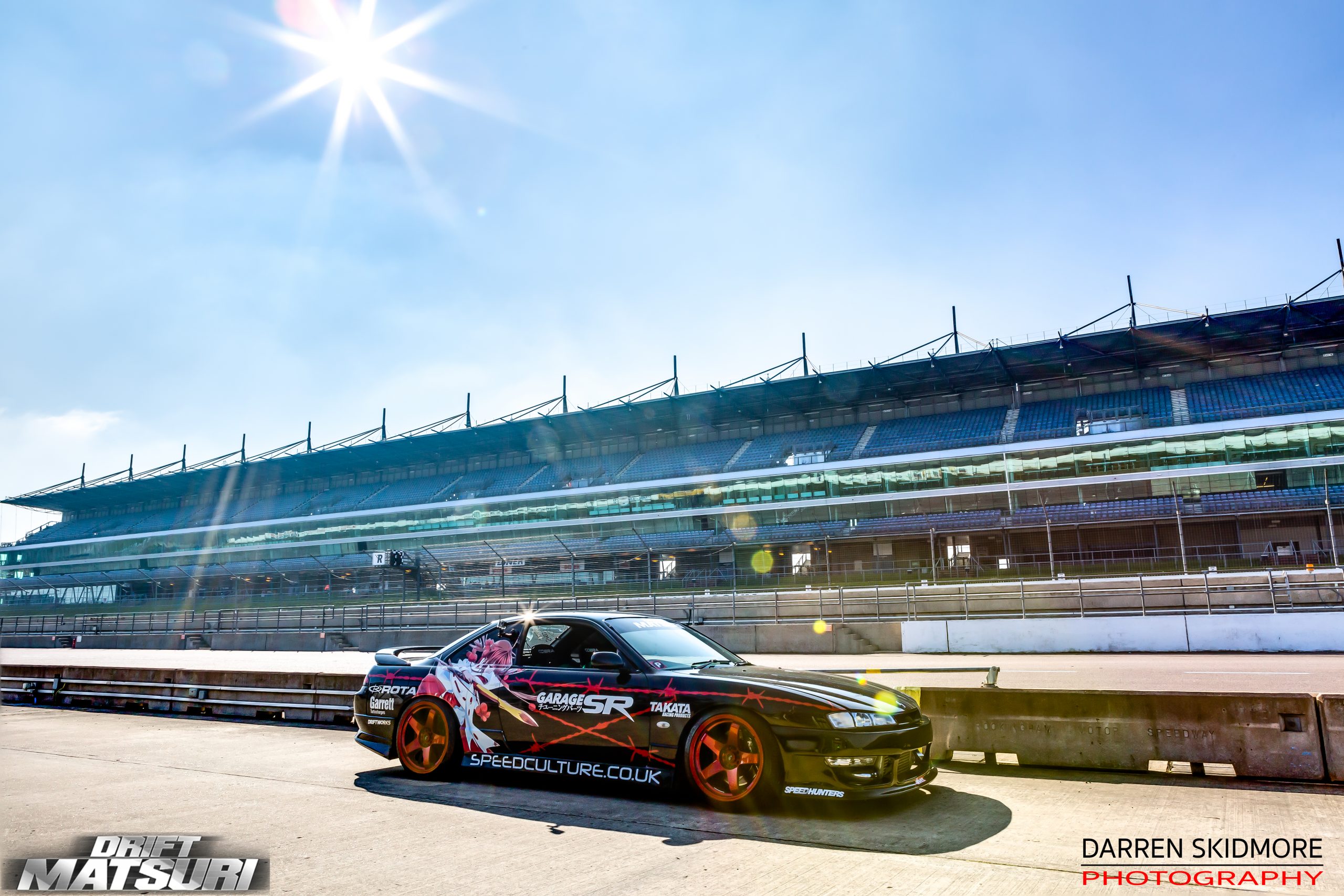 Since 2013 the Matsuri has taken place at Anglesey Circuit; the north Wales venue is perfect for such an event.

As the event has gained a reputation for being the end of season party before the off season, thoughts had been rushing around the organisers minds as to whether or not a Spring Matsuri would, or could, be possible.

The use of Anglesey at the beginning of the year is not an option for various reasons, so the hunt was on for a suitable venue that could cater for an event to surpass any other.

Rockingham fitted the bill perfectly! The first ever Spring Matsuri would be the biggest single drift event the country had ever seen!

The event would cater for every level of drifter, from first time drivers to former champions and everyone in between.

Added to the main event was round one of the Driftcup series. The feeder series to the British Drift Championship would feature in the outer paddock. The track was designed to get the drivers to show they could use proximity when the battles started.

As at all previous Matsuri, the mixture of cars would allow those with different tastes something to admire and take a look at. There was a host of different BMWs, the usual array of S and R bodied Nissans, Mazdas, a couple of Ford Escorts, plus a few Toyotas.

The infield track would be a very busy place. Plenty of drivers had heard of the high speed, technical nature of the track and wanted to make the most of it.

The outer oval, which was originally designed for Nascar and Indy cars, is HUGE. The area around turn three was transformed into a high speed section that would test the drivers’ ability to the max.

The circuit would, for only the second time in its history, remove a section of the concrete wall at the end of the pit lane. This would allow a track to be designed which would see drivers finish drifting in the pit lane. Not only that, but the outer wall would be the boundary – get this track wrong and your car would experience some serious damage.

Drivers coped with all three tracks with no problems. Clouds of smoke would fill the venue with drivers making the most of the track time available.

We will leave you with a selection of pictures from various photographers, all of which we thank for catching the action. A full gallery can be found on our facebook page

Keep checking back for details on the next #matsuri